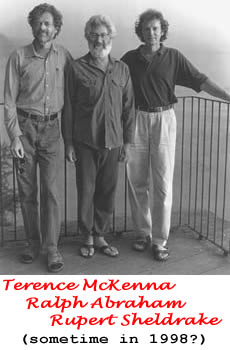 This podcast is part of a dialogue between Terence McKenna and Ralph Abraham that took place at the Omega Institute on August 1, 1998.

It isn’t often that we have the opportunity to see how accurate predictions about the future are, but this fascinating conversation between two of the great thinkers of our times has already proven to be right on target. The reason this may be of interest to you is that if they correctly predicted some things that have now happened, then we are really in for some big time excitement if some of their more far-out predictions come true.