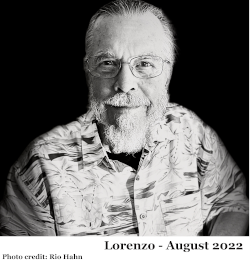 I won’t bore you with my childhood stories. Here are the headlines:

My Decision to Leave the Active Practice of Law

I am often asked why I left the active practice of law. (I still maintain my license before the Texas State Bar.) The answer is quite simple. I had come to the practice of law with ideas of changing the world, but I became disillusioned when I realized that everyone cannot afford the sometimes high price of justice. Although my practice dealt primarily with business and real estate matters, the time I spent working with clients who came from socially and economically disadvantaged situations convinced me that before people could change their lives, they first must change their attitudes about life. Thus began my search for ways to help people discover their own potential for personal and financial growth. 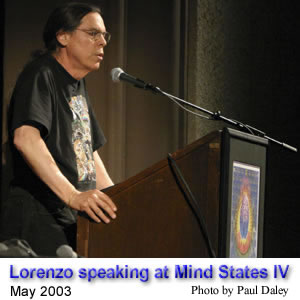 After leaving the practice of law, I became involved with several network marketing companies. I was the president of one of these companies, Success, Inc. This company was the vehicle my business partners and I used to market sales training and marketing courses to companies who used the network marketing sales model.

Under the Success, Inc. label, I wrote, recorded, and sold thousands of cassette tapes covering topics such as:

During my time with Success, Inc., I appeared before tens of thousands of people giving keynote speeches and workshops.

The National Speakers Association’s most coveted award, “the Cavett,” is named after its founder, Cavett Robert. Until his death in 1997, most people called him the dean of public speakers. Here is what he had to say about me when we worked together in the 1980s:

Larry Hagerty is one of the most outstanding speakers I have ever been privileged to hear. Not only is he qualified by experience for his great message, but he presents his ideas in a most enjoyable and attractive style.

In late 1979, I founded Dynasty Computer Corporation. Dynasty was the first network marketing company to exclusively carry the then new home computers. This was a couple of years before IBM brought out their first PC.

Begun in my home with an investment of only a few thousand dollars, our gross sales in our first full calendar year exceeded one million dollars. Paltry by today’s standards, this was big money in 1980 when few people had any reason to want a computer in their home. The big names in the world of micro computing back then were VisiCalc, IMSAI, WordStar, Compuserve and the like. The hot chip was the Z-80A, as Intel had only introduced the 8080 a few years earlier. If, as some say, the birth of the personal computer industry came about in 1980 with the introduction of the Intel chip, then it was an auspicious year indeed in which to begin a computer company. Unfortunately, Dynasty was on the Z-80/CPM bandwagon. None of us early pioneers in the industry could foresee what was about to happen the following year, when IBM introduced its first PC. Even though our company wasn’t one of the survivors of the personal computer revolution, I would not trade that experience for anything. To have been there at the beginning of what has led us to today’s Internet-connected world was worth more than any possible financial rewards that failed to materialize.

During its five years of life, Dynasty received a great deal of notoriety in the press. In addition to receiving a page one 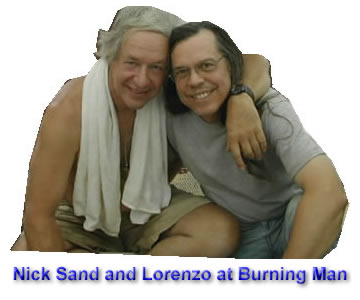 mention in The Wall Street Journal, Forbes Magazine had this to say about us in their May 23, 1983 edition:

[Hagerty] also ran a sales training company but wanted to get into the computer business, so he combined his interests and founded Dynasty, a company that emphasizes the “personal” in personal computers. Hagerty, 40, already has 3,000 salespeople selling his machines . . .

Dynasty is not to be taken lightly. Hagerty, who flies hot air balloons in his spare time “to get away from high technology,” started the company in 1980. During his [sic] first year Dynasty did over $1 million in business, and he is expanding rapidly enough to require a sales force of 5,000 people in 17 states by year’s end.

A few months later, Popular Computing had this to say about Dynasty Computer Corporation:

The company’s tone is set by President Lawrence Hagerty, a mega-achiever who flies hot-air balloons for recreation and who, along with authors John Naisbitt (Megatrends) and Marilyn Ferguson (The Aquarian Conspiracy), airs his views about ’80s culture and business trends in the prestigious Tarrytown Group. Hagerty’s main achievement at Dynasty has been his aggressive assault on some of the Lone Star State’s most powerful corporations: Texas Instruments, Radio Shack, and even Southwestern Bell.

I must admit, those were exciting times, but the year of that Forbes article, 1983, was to be Dynasty’s final year. Like Osborn Computers, which at one time held the record as the fastest growing company in America, Dynasty succumbed to the tsunami of IBM’s marketing machine.

My Years With Verizon/GTE . . . . . working undercover 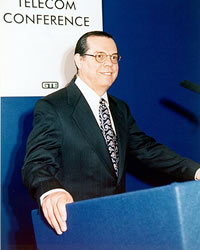 During the late 1980s and most of the 1990s I worked for what was then the nation’s third largest local telephone company, GTE. The division in which I worked was the Data Services division in Tampa, Florida. At GTE Data Services I served in various positions including technical writer, multimedia software developer, Internet & Java “evangelist,” and product manager for an Internet security product line. At the time I left GTE I held the position of Group Marketing Manager for a suite of data center and Internet product lines.

In 1996 I became a founding member of GTE’s original Internet/Java Development Group. As this organization started up just months after Sun Microsystems’ introduction of Java Technology ™, one of our primary functions was to promote this new technology both within and outside of GTE. Over the next several years I spoke on GTE’s behalf promoting the now commercial Internet and the Java programming language. These presentations were made at annual conferences in London, Amsterdam, Lisbon, and throughout the United States at conferences such as JavaOne and the Zona Research Zonathons.

In 1997, GTE acquired BBN, the company that built the first segment of the Internet, ARPANet, and I was privileged to work with some of the wizards who design and run the Internet’s backbone segments. At this time I was promoted to group marketing manager and assumed responsibility for the marketing efforts of the following GTE commercial product lines:

After Bell Atlantic announced its intent to acquire GTE (the merged companies are now know as Verizon), I took a leave of absence to finish writing The Spirit of the Internet. While I was writing that book and spending all my days and nights thinking “out of the box,” I came to see what a precarious position many of today’s companies are in. Not only has the Internet changed many of the rules for doing business, it has also begun to change the way people think about their connectivity with others and about how their individual actions are affecting the Earth. 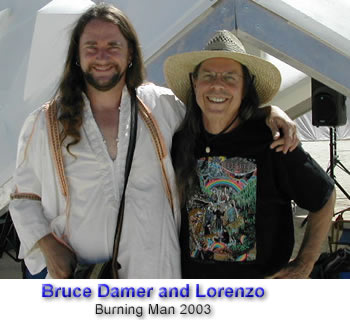 It became apparent to me that individuals were expanding their awareness of the consequences of their actions much more rapidly than were the companies who are trying to sell them goods and services. As a result of my research, I decided to not return to GTE and instead spend my time consulting with companies that are intent on becoming agents for change in a world that is changing at an incredible pace. Practices that were considered business as usual just five years ago no longer work. The end users of products and services have begun making demands about quality, levels of service, and environmental and safety issues as well as other issues reflective of better informed consumers.

Theday has arrived for companies, large and small, to add a companion piece to their mission statements. In today’s rapidly changing and highly competitive environment, it is the companies that make a clear statement of their “corporate consciousness” that will be the ones who make it in this new century. 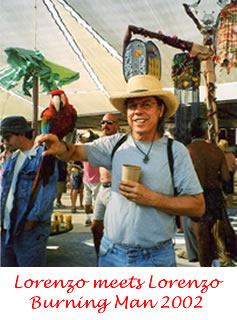 Burning Man: On the night of the burn, Larry (Lawrence) went up with the man, and Lorenzo arrived.

The beginning of 2003 brought with it the birth of the Digital Space Commons. Along with several other founding members of the Commons, I am now devoting a significant amount of my time to the creation of a private voice communications network using TalkSpace, the voice of the people. 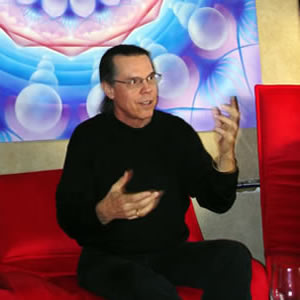 June 10, 2009
Published the audio book edition of my novel, The Genesis Generation.

June 10, 2011
Published the eBook edition of my novel, The Genesis Generation.

February 27, 2015
Published the paperback edition of my novel, The Genesis Generation.

Lorenzo is the father of three children, Chris, Kelly, and Dan. And he has five grandchildren, Megan, Molly, Evan, Haylee, and Avery.

[Java Technology ™ is is a trademark or registered trademark of Sun Microsystems, Inc. in the United States and other countries.]