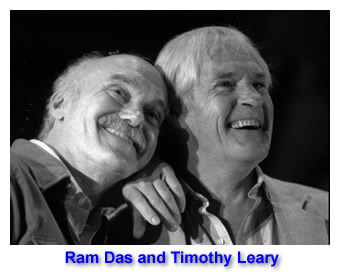 [NOTE: The following quotations are by Ram Das.]

“The next thought I had that I can remember was, Wow you can be anything this time around, you’re free. You can do anything, because it became so apparent to me the way in which mind creates. And I suddenly experienced myself as the creator rather than the victim.”

“Methods are methods are methods. Meditation’s a method and psychedelics are a method. Methods are all traps. A method by its nature is a trap. It has to entrap you into itself in order to eject you at the end. You just hope it self-ejects.”

“Psychedelics was one of the major forces in a shift in consciousness in this culture.”

“I don’t for one moment wish that I was not thrown out of Harvard . . . anymore.”

“All form in the universe, including your mind and your thought, is part of law, it’s unfolding lawfully, it’s the karma unfolding, just law. And within that there is no freedom. There really is no freedom in form. The freedom comes as the formless creates the form. There’s where the freedom is. And that freedom, of the formless coming into form, is a place from which you stand, or you don’t stand, in which you experience the creation of your own universe around you.”

[NOTE: The following quotations are by Timothy Leary.]

“[So Emerson] came to Harvard Divinity School, gave that famous speech in which he said, ‘Don’t look for god in the temples, nor in the buildings, nor in the pulpits, look within, find divinity inside yourself, drop out, become self-reliant (translated as do your own thing) and for, I believe thirty-three years, he was not allowed back on this sacred territory. We’re back after twenty!”

“We were smart enough to know how little we knew.”

“Once you put that pill in your mouth, YOU were the Principle Investigator … like it or not.”

“The problem with running Happiness Hotels is that nobody wants to leave.” 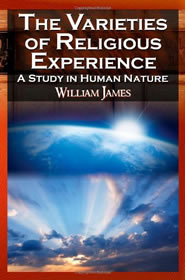 Harvard Crimson Announcement of this Talk